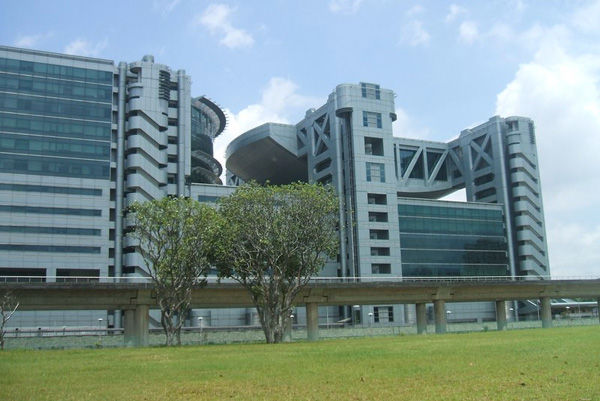 Singapore Post Limited was lauded for its energy efficient headquarters, Singapore Post Centre (SPC), by the ASEAN Centre for Energy (ACE) in the Energy Efficiency and Conservation Best Practice Competition for Efficient Buildings under the ASEAN Energy Awards 2008, giving a fillip to its efforts in environment preservation and corporate social responsibility.

Lee Eng Lock (Trane Inc. Singapore), TGAG Associate, is a Singapore-born British-educated engineer with a growing international reputation for an iconoclastic approach to the design and construction of HVAC systems, particularly for electronics-plant clean rooms. Lee says there is “no special magic” needed to cut HVAC costs, just a “return to basic value-for-money thinking, careful measurement and analysis, openness to new ideas, and willingness to do hard work.”

He has designed and built, as well as retrofitted, chiller plants at better than 0.6 kW/ton, in buildings such as Grand Hyatt Singapore, Tien Wah Press, and SingPost, all at better than 35% ROI, with high accuracy, web-based monitoring at one minute intervals, and guaranteed performance.

SingPost embarked on the green initiative in November 2006, focusing on the optimization of the chiller plant of its then 8-year old headquarters, Singapore Post Centre. The project, which cost S$1.9 M, was completed in June 2007.

Employing a total system approach in retrofitting its central chilled water plant room, SingPost made enhancements to the piping system and replaced conventional motors with high efficiency ones. A new 24-hr web-based monitoring system was concurrently introduced, enabling better visibility and management of the entire system resulting in optimal availability.

With a more efficient refrigerant and the Centravac chillers, SingPost’s new plant achieved an efficiency of 0.6 kilowatts per ton of cooling, above the benchmark of 0.75 kilowatts set by the National Environment Agency for the Energy Smart Building scheme for office buildings.