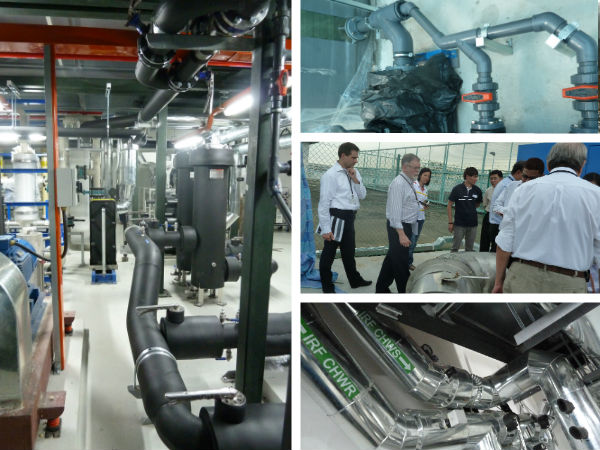 A saving of 40% of their energy bill from IRSG’s baseline calculation which was based on their manufacturing load is expected after the IDP. Ongoing monitoring by The GreenAsia Group in 2014 will fine-tune the systems set in place, and enable IR to look at further savings.

International Rectifier Corporation has a commitment to sustainably manage their operations worldwide with a clear objective to reduce resource consumption. This was a critical consideration when choosing and designing their new facility in Singapore, one that considers whole systems thinking.

IRSG had estimated a targeted reduction of at least 20% through the IDP approach. With IDP charrettes conducted over a number of months, the projected savings grew to the region of 40% per annum through established performance metrics.

This project was supported by the Economic Development Board Singapore and the National Environment Agency’s Design for Efficiency (DfE) Scheme.