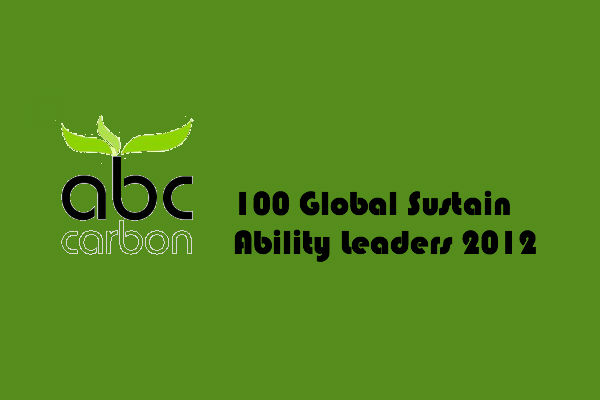 On the 9th of October, ABC Carbon announced THE 100 Global Sustain Ability Leaders FOR 2012.  Three among the 100 Leaders are Associates engaged with The GreenAsia Group (TGAG). The winners were selected from six continents and include Nobel prize winners, scientists, architects, writers, designers, artists, along with CSOs and CEOs of international companies.